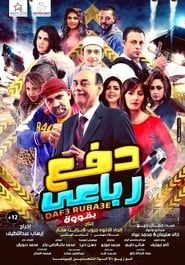 Voir ce film
A father returns to his three children again after years. He believes that they have become a place in society. He dreamed of becoming the first doctor and the second engineer and the third lawyer, but he was surprised by the reality they reached, and during the events the three brothers are involved in a terrorist operation, and with the help of a group of girls they succeed in Abort the operation..